At NEWCAST, an international trade fair for precision-cast products held in Düsseldorf every four years, the Friedrichshafen-based company MWS was awarded by the Federal Association of the German Foundry Industry (BDG) and the Association of German Foundry Specialists. (VDG). The company received the first prize in the category “best casting solution – broadening the casting-technical borders”. 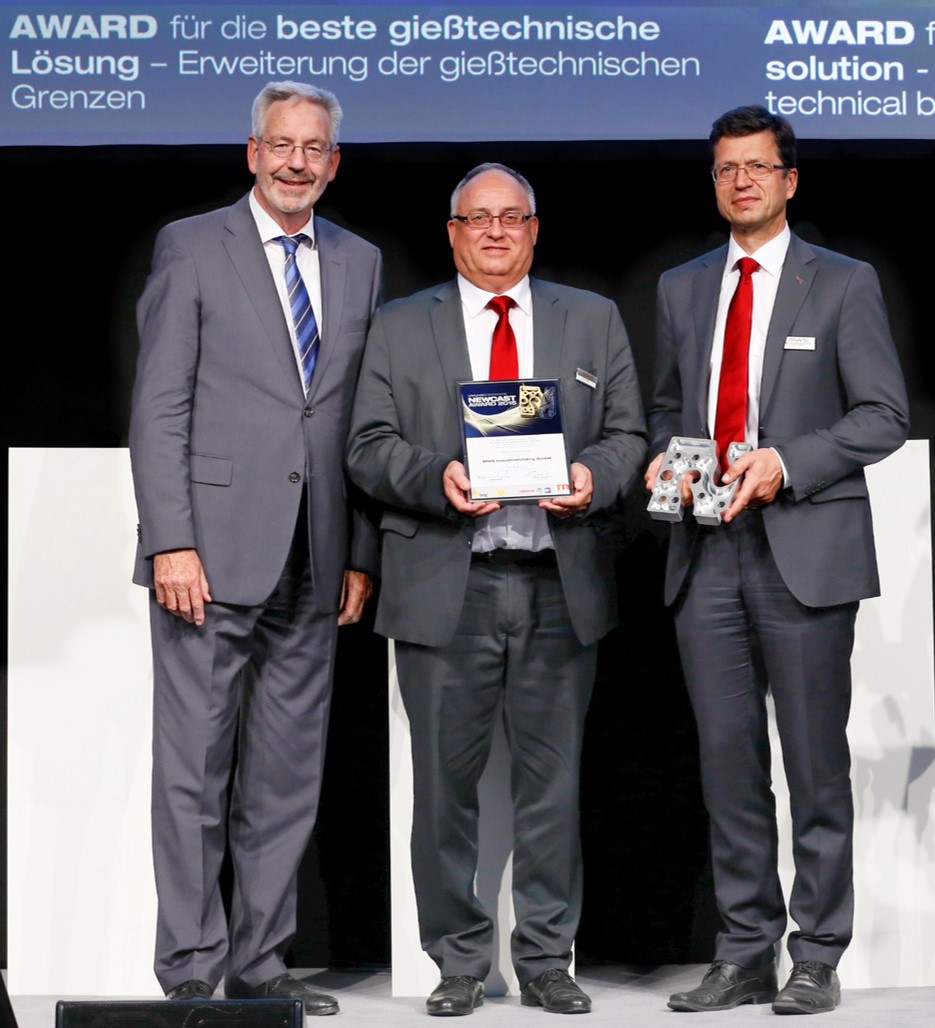 MWS received the award for a carrier module developed and manufactured in Friedrichshafen, a cooled high-voltage resistant battery mount for electric vehicles; investments in a manufacturing line plus processing facilities were made specifically to enable this development.

MWS Friedrichshafen GmbH is one of six sites of the owner-managed MWS Group based in Kufstein, Austria.

The company presented various exhibits at the trade fair, which took place from June 16 to 20, demonstrating its performance in the development and production of aluminium sand and permanent mould castings including the delivery of complete ready-for-use systems to a broad audience of specialists.

Managing Director Josef Stiegler considers the result of the trade fair positive. “The prize for the best casting solution among hundreds of exhibitors underlines our special demand that MWS, as Europe’s largest sandcasting company, places on itself in development and engineering: namely, to find the truly best solution for our customers.”